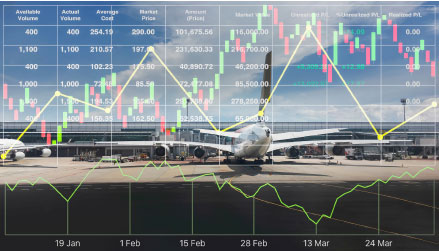 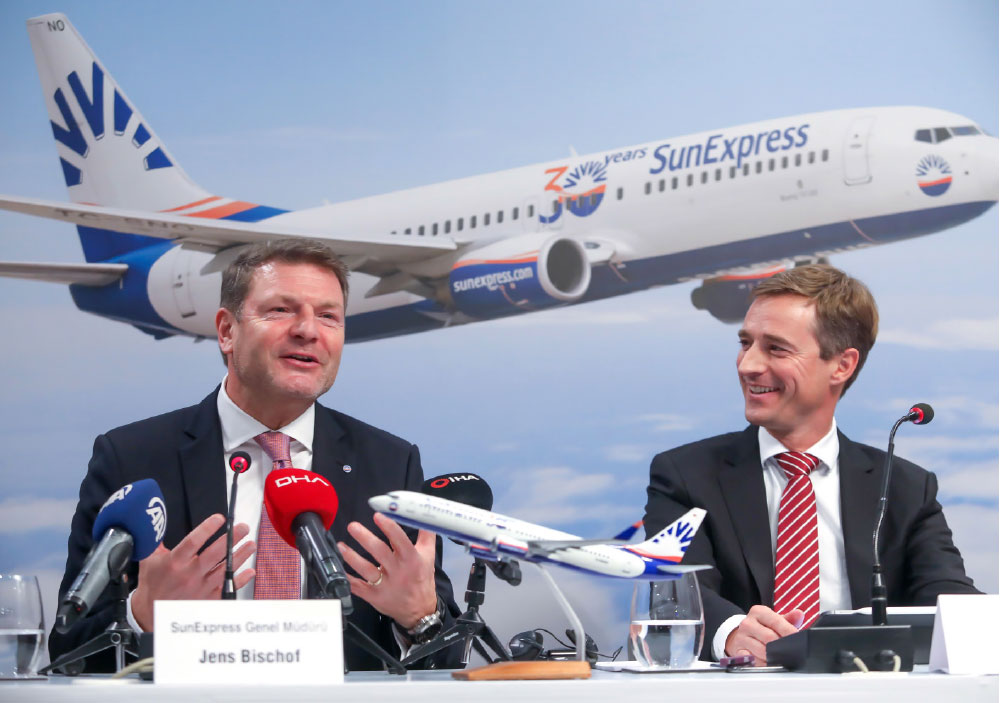 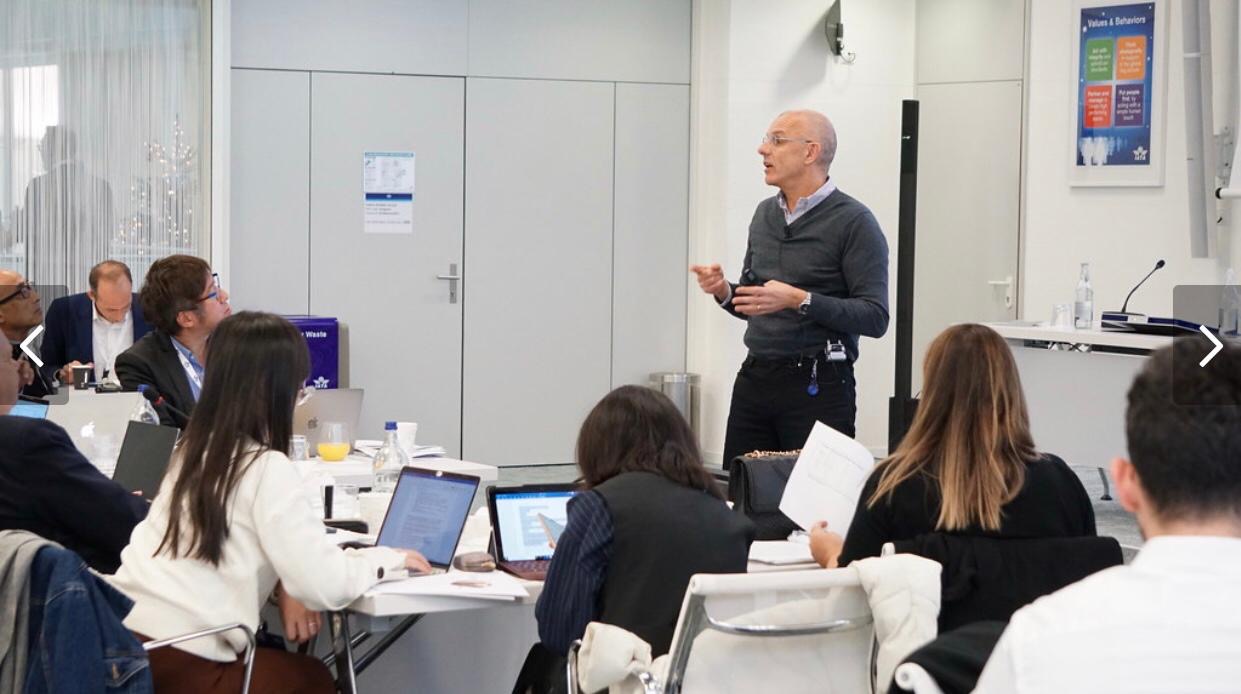 Russia's attacks on Ukraine started on February 24th led to developments that turned the global aviation industry upside down. It seems serious efforts, time and financial resources will be needed across the industry to deal with the negative effects of the radical decisions taken by the Moscow administration.

All started with the western countries' imposing sanctions on Russia regarding its invasion of Ukraine. Numerous aircraft charter companies, mostly from Ireland and EU member states, terminated their lease agreements with Russian airlines and requested Russian operators to return their aircraft by March 28th. However, the Russians refused to cooperate with western companies.

According to the Russian Ministry of Transport, as of February 24th, a total of 1,367 aircraft, 745 of which were foreign-owned, were operating in the fleet of Russian airlines. 980 of them were passenger aircraft. 515 of them were mostly owned by Irish-based lessors. The total value of leased aircraft in Russia is thought to be over 12 billion dollars.

The Russian government advised airlines to seize the planes as anti-sanction measures, rather than returning them to the leasing companies. As 78 of the leased planes were seized by their owners abroad. It is known 425 of the leased planes are now within the borders of Russia.

Then there was a shocking development disrupting the balance of the industry. Deputy Prime Minister Yuri Borisov announced that the leased aircraft in the fleet of Russian airlines will remain in Russia. The Moscow administration, in violation of international rules, decided to confiscate the leased planes and passed a law allowing the planes to be registered in Russia. The law, intended to support civil aviation and signed by Russian President Vladimir Putin, gave Russian airlines the right to register foreign aircraft they leased to Russia and to issue local certificates of airworthiness by the Russian civil aviation authority.

Bermuda and Ireland, where most of the country's aircraft are registered, have suspended aircraft airworthiness certificates. After such a move, which normally requires the aircraft to be grounded, the Russians registered the planes in Russia and insured them through Russian reinsurance companies which are the subsidiaries of the Russian Central Bank. With the amendments made in the Russian Aviation Law, Russian airlines have paved the way to continue their domestic operations by keeping their foreign leased aircraft, meaning the seizure of aircraft by the Russian state.

So long as the planes stay in Russia, there is no way for the leasing companies to take the possession of their planes back. The Russians also do not make lease payments, as they are also excluded from the international payments system SWIFT. It is thought that the Russian’s move to confiscate the planes to maintain the stable operation of the national transport system could be the historic aviation insurance loss. The market is expected to see an eventual loss of between $1 billion and $4 billion after reinsurance.

Vladimir Putin also announced that they will provide 100 billion Ruble ($1.25 billion) support to airlines to help them cope with the consequences of the sanctions, and a state subsidy for domestic flights in 2022.

Russia's transfer of leased aircraft to its own registry contradicts the international rules that prohibit an aircraft from being registered in more than one country at the same time. Once the crisis is over, this situation is likely to turn into litigation between Russian airlines, lessors and insurance companies that could last for decades. With these moves that will change the balance throughout global aviation industry, Russia is at the most serious risk of defaulting on its debts in history.

Western leasing companies are seeking ways to assign their agreements with Russian carriers to Chinese leasing companies, as China is one of the few countries that continues to maintain relations with Russia at the pre-war level. Assignment of lease agreement to another company is on the table as an option, yet with little chance of success and requiring heavy bureaucratic and legal procedures.

Western sanctions also prevent the supply of spare parts and maintenance services to Russian airlines. After the European Union member states, Canada and the United States closed their airspace to Russia, two giant manufacturers Boeing and Airbus also joined forces to impose sanctions on Russia. Both companies announced that they have cut off Russian airlines' access to the spare parts they need to maintain and safely fly their jets. Upon engine manufacturers and other service companies’ also taking part in this decision, Russia, the aviation sector of which is foreign-dependent by around 70%, put itself in a tight spot.

The problems in receiving spare parts and maintenance & repair services for aircraft in active use are among the most critical setbacks of Russia. Authorities are examining how Iran has managed to conduct flights under bans over the years.

Poor maintenance and lack of spare parts is primary cause factor for plane crashes in the long run. The pace of Russian aviation’s coming to a halt depends on the size of the airlines' fleets and how much time left in the maintenance schedule of actively used aircraft.

Domestic flights will continue as long as parts are supplied. In the long run, Russian airlines will have no alternative but to become more self-sufficient to continue flying. About two-thirds of the commercial aircraft fleet in Russia consists of aircraft made by non-Russian plane makers. The only way that these planes conduct their flights may be to minimize the existing fleet and make parts transfer between planes.

This will cause the commercial aircraft fleet in Russia to gradually become smaller, leading to more older and unsafe aircraft over time. Unless Russia takes action to evade the sanctions, the problems we have seen in Iran in the past will inevitably arise in Russia as well.

Airfares will go up

The increasing oil prices due to the political and social instabilities experienced have always been reflected to airfares. The reactions of the western world to Russia's attacks on Ukraine, affected the easy access to crude oil and led to supply and demand imbalance, thus affecting the airfares directly. For airlines, a 10% rise in fuel prices triggers about 3% increase in overall operating costs, thus forcing the airlines to increase their ticket prices.

The closure of the airspace of the US, EU countries, Canada and Russia to each other forced airlines to seek alternate routes, resulting in the lengthening of many flight routes and they also stopped flying many passenger routes. This causes social, economic and environmental problems due to the lengthening of flight routes, longer flight times and higher fuel consumption. The flight operating cost of a wide-body passenger aircraft is around 10,000 Euros per hour. Extending the flight time by 2-3 hours due to airspace bans increases the total round-trip flight cost for airlines by between 40,000 and 60,000 Euros.

If the Russia-Ukraine War continues and the global oil supply continues to be affected by this crisis, we can expect to see airfares going up this summer than we anticipated.

Russia accounted for around 6% of global air traffic capacity in 2021. Russia, the world's 11th largest aviation market, is becoming more and more helpless due to the devastating economic impacts of the sanctions, its prevention in access to spare parts and maintenance services, and the closure of the North American and European airspace. On the other hand, the anti-sanction measures adopted Russia are shaking the global aviation industry. Let's see how the Russian roulette in the skies will end up... 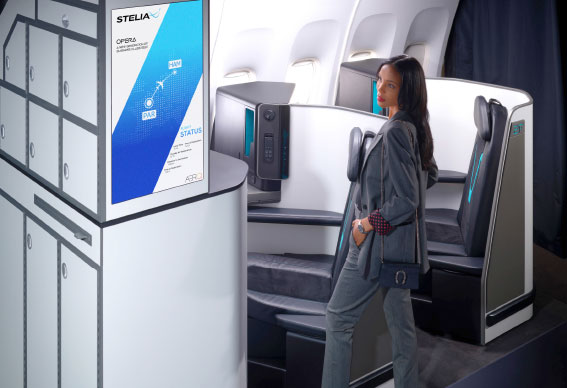 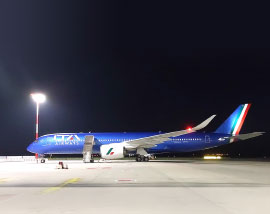 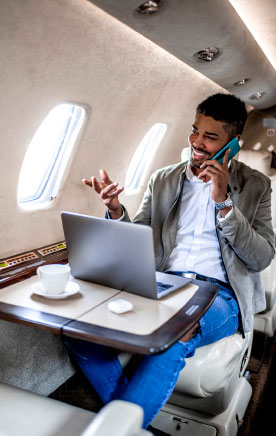