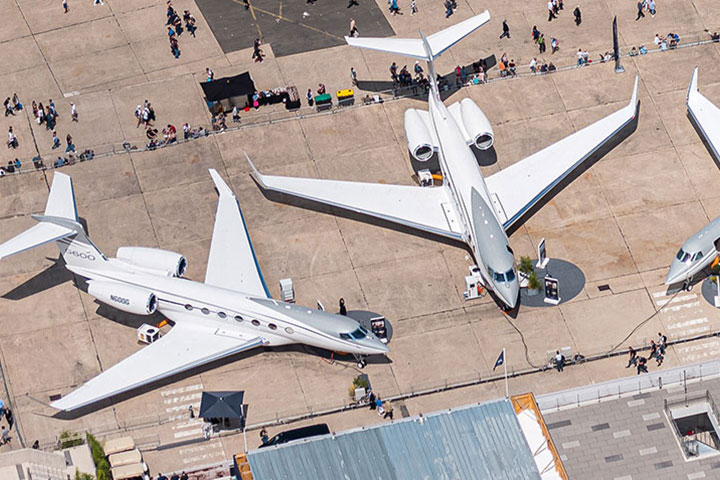 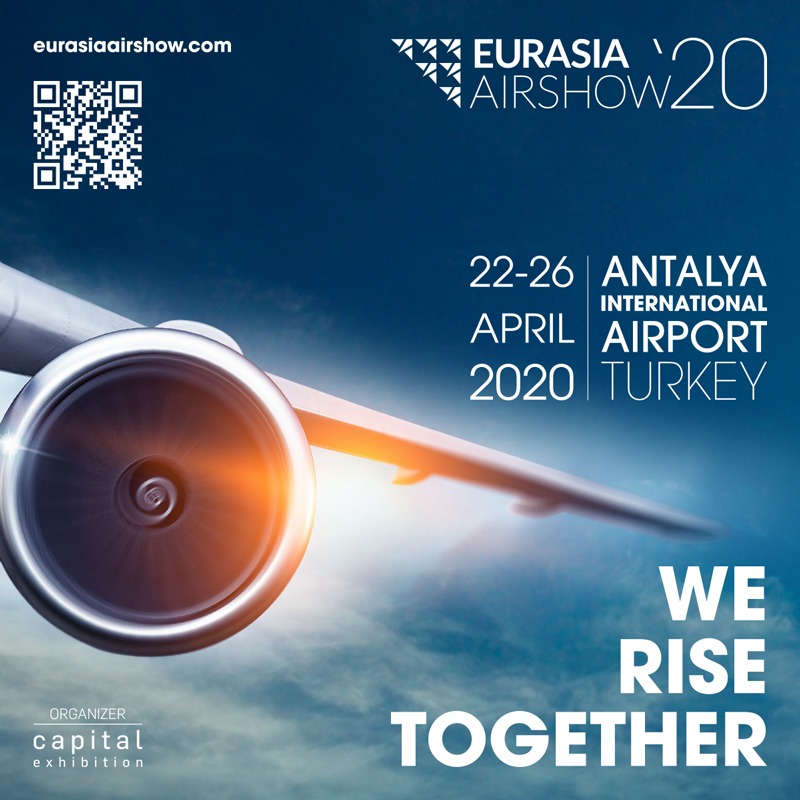 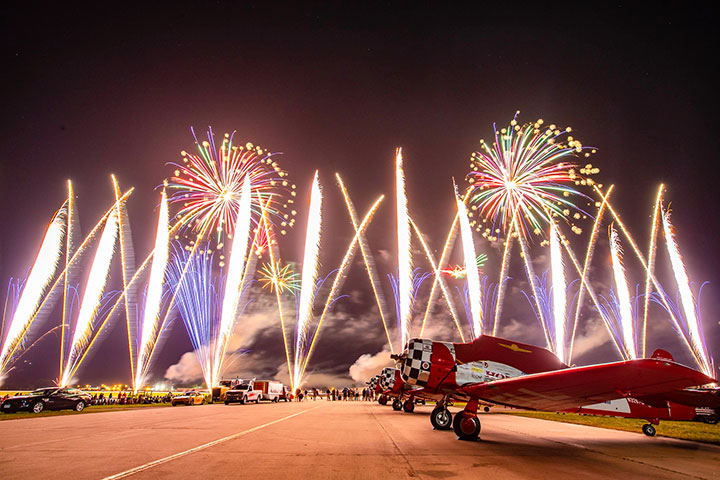 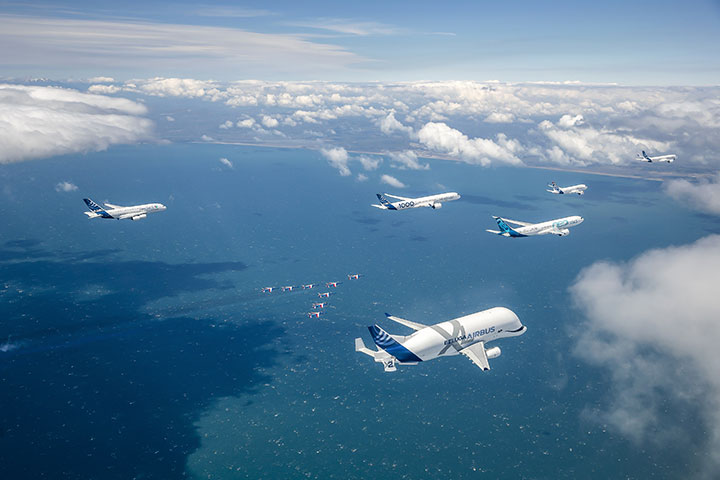 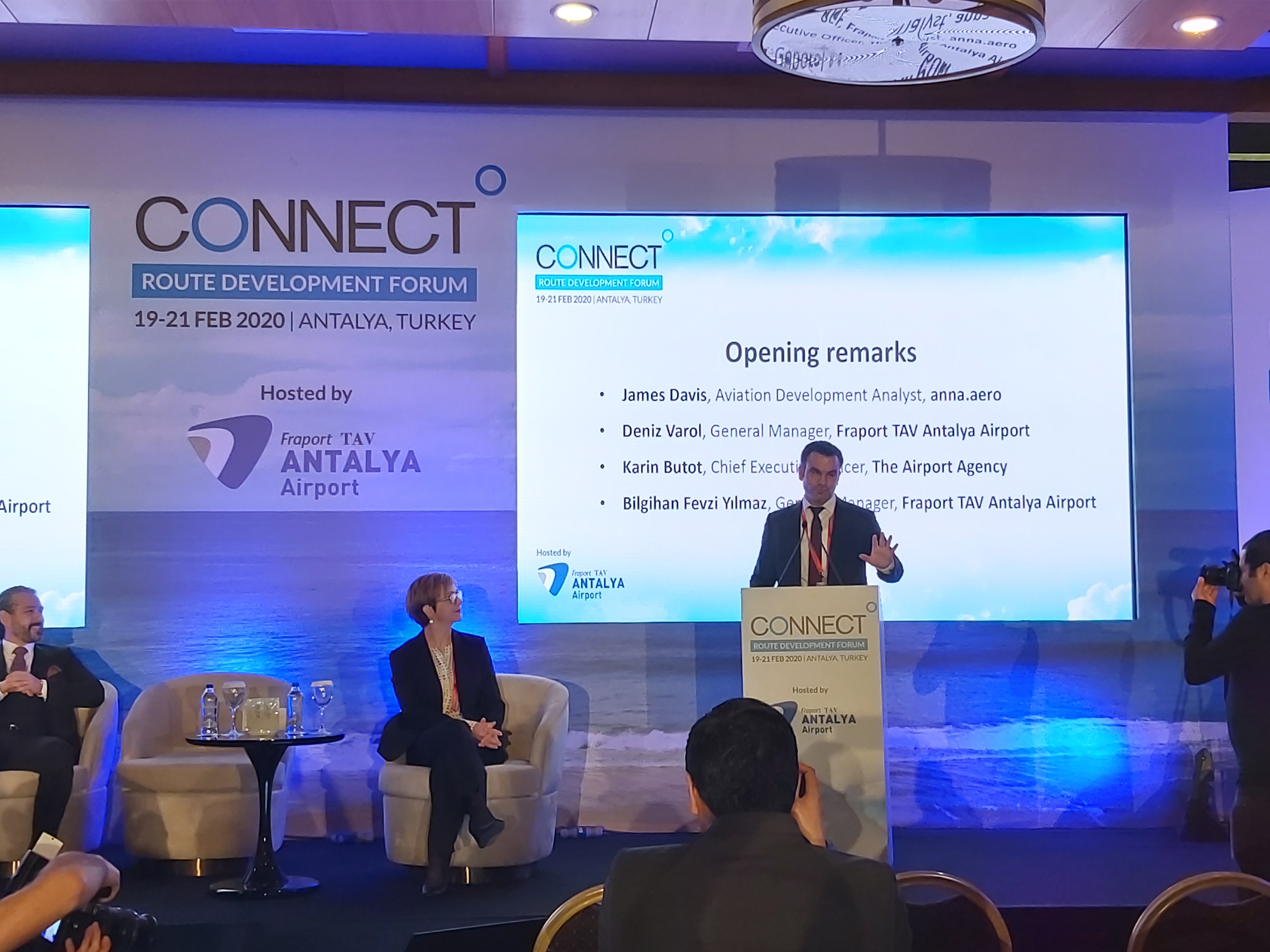 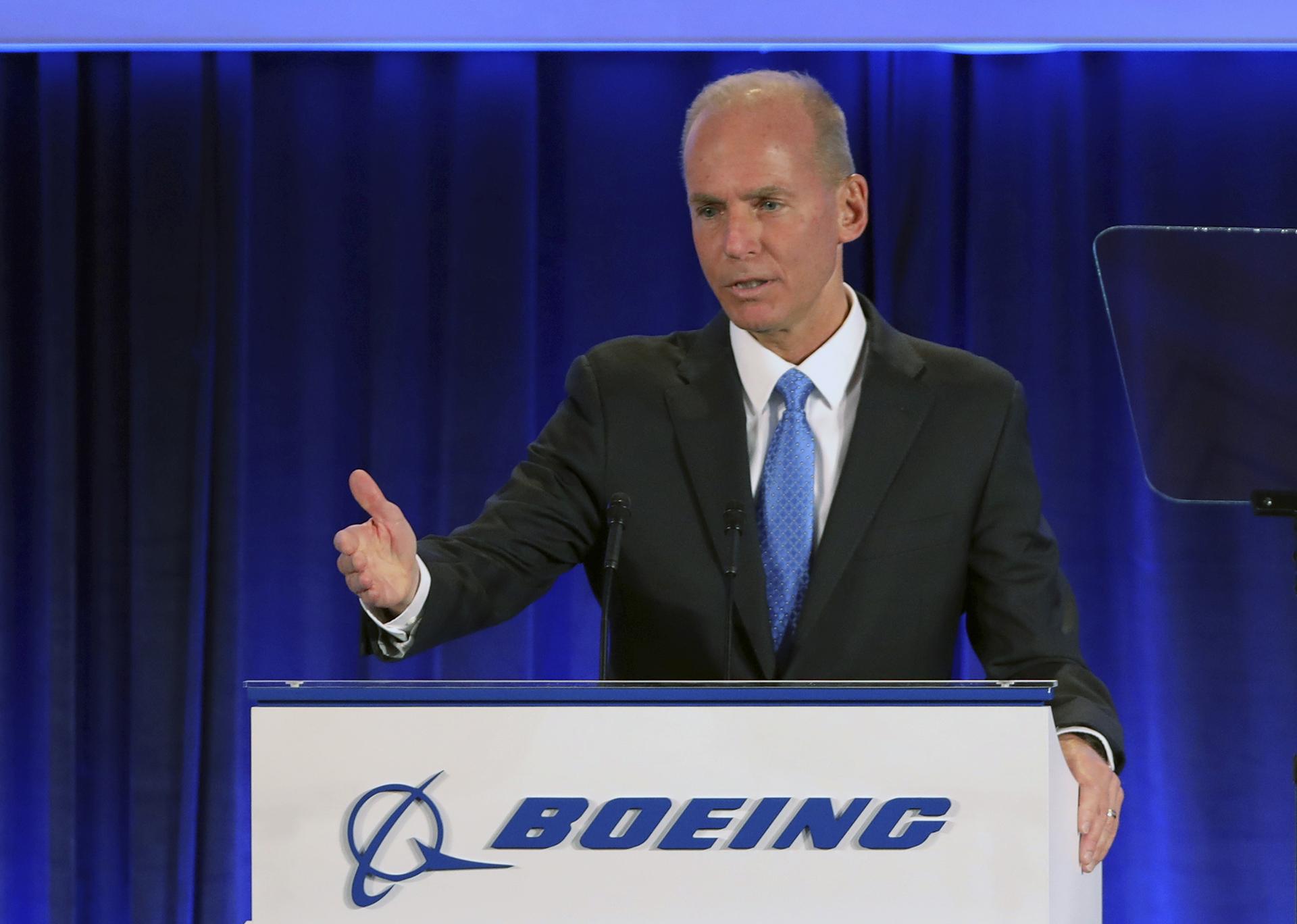 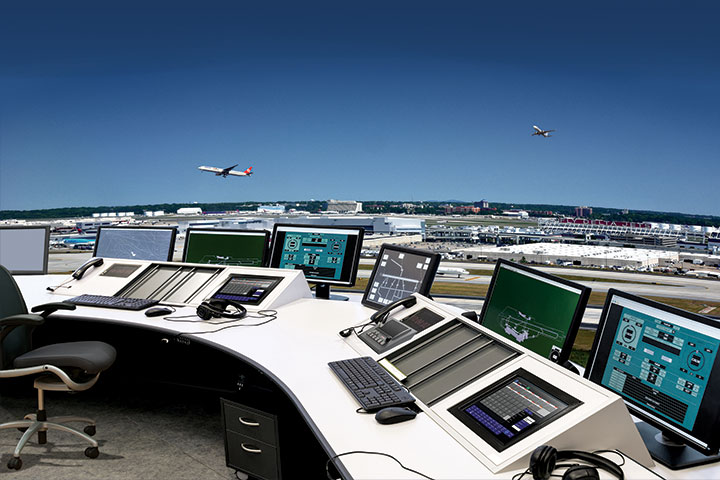 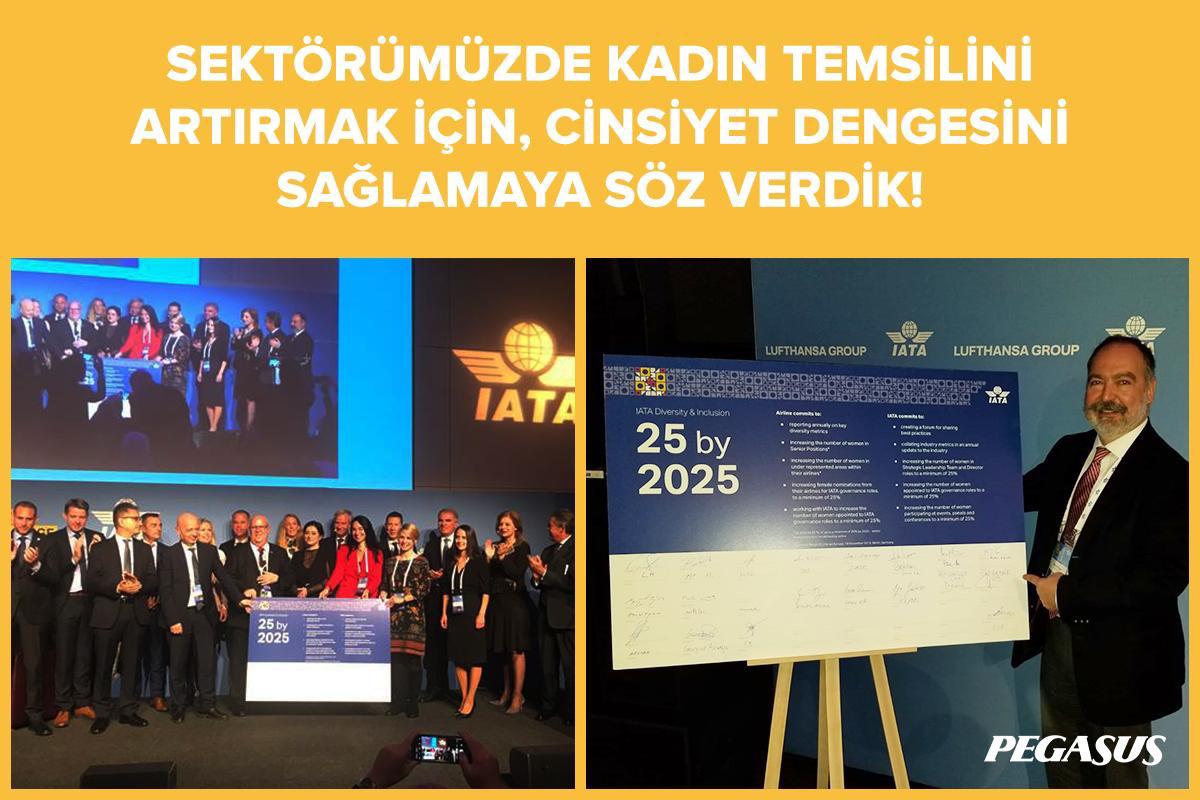 What do We Expect in the Future for the Business Jet market? Issue 2 - 2019

In the 1970s, there were a total of 830 business jets all over the world. Today figure exceeds 25 thousand. By the end of 2019, the volume of the business jet market is expected to reach US$ 24.7 billion. The market size is anticipated to reach US$ 36.4 billion by 2030 with an annual growth rate of 3.6%. The Asia Pacific Region is expected to achieve the highest growth rate and to also dominate the business jet market in addition to the commercial aviation market.

The indications for the resume of global economic growth and the rise in the number of millionaires across the globe directly increase the demands for business jets. Emerging economies, India and China being in the first place, offer a large variety of undiscovered opportunities for business jet manufacturers. In the meantime, manufacturers continue their efforts at full steam and launch new aircraft programs one after another.

Nature of the market: fierce competition

While the main players in the business jet market such as Bombardier, Embraer, Textron, Dassault, Gulfstream, Beechcraft, Diamond, Eclipse Aerospace, Honda Aircraft, Airbus and Boeing are working on their new models, some other companies like Eviation Aircraft, Zunum Aero and XTI are focusing on unveiling their business jets before the year 2025.

Just like the economy, worldwide business jet deliveries have cyclical fluctuations. The recession that started with the 2008 financial crisis had an adverse effect on the business jet market. The number of annual deliveries at around 1,300 dropped to below 700. The number of business jets delivered in 2018 increased by 3.8 percent compared to the previous year and rose to 703.

The business jet market is not a high-volume industry; hence, each and every business jet delivered or ordered is significant. Within a sector where around 700 deliveries are made annually and considering the fact that more than 40 business jet models are available for customers, the table shows itself clearly. Fierce competition has, for a long time, become the standard norm in the business jet market.

North America will be the continent that provides the greatest added value to the global business jet market in 2019 as it has been for many years. It is quite possible to elucidate this fact by the existence of business jet manufacturers such as Textron (USA), Bombardier (Canada) and Gulfstream (USA), which are amongst the biggest players in the sector.

In addition, the airports in North America provide considerable convenience and advantage in the use of business jets for business trips throughout the region. Since North America has a wide geography and high trade volume, and because of the fact that business travelers prefer the fastest transportation method that will save them considerable time, there is a strong demand for business jets in the region.

What do we expect from next generation Business Jets?

The common goal of the manufacturers in the business jet industry from the very beginning is to improve the passenger experience and increase operational efficiency. Reducing carbon footprints during flights, decreasing operational costs, as well as improving avionics, in-cabin systems and all other systems on board are amongst the main topics that manufacturers are mutually focusing on.

Bombardier, for example, was able to obtain the certificate of airworthiness for the Global 7500 two years after its first successful test flight. Similarly, other major players of the market suffer from the strict rules of the authorities in the certification processes, one of the most important factors limiting the growth of the business jet market.

The expectation that urban air mobility will seriously increase between 2025 and 2030 brings along similar expectations in the business jet market.

OEMs to lead the market

Original Equipment Manufacturers (OEM) will make the biggest contributions to the business jet market`s projection and growth strategy for the next 20 years.

The business jet market, depending on the point of sale, is divided into two main categories: OEM and after-sales service. OEMs, which are thought to play the most active role in market growth, are indispensable for both traditional and futuristic business jet models. The growth figures of OEMs are directly related with the increase in the number of new aircraft programs in the market and the commercialization of electric and hybrid commercial aircraft.

Even if it is certain that after-sales services including Maintenance, Repair and Operations (MRO) services will grow in direct proportion to the growth of the business jet market, it is often taken for granted that the OEM segment will carry the flag on its journey into the future.

Number of operators will increase

In the business jet market, it is known that the end users of aircraft are basically categorized as private and operator. The number of operators is expected to increase further in the future in the business jet market. Considering factors such as high depreciation costs and operational and maintenance costs of the aircraft, a significant increase in the number and efficiency of operators is expected in the future. With the increasing number of operators, it may be possible to optimize all operations of the aircraft through multiple customers. Thus, while the burden on both the operator and the owner of the aircraft is reduced, there will be a significant cost savings on both sides. In such scenarios, the increase in business jet use in the market is inevitable.

As the December 31, 2019 deadline looms for aircraft owners and operators to achieve ADS-B Out compliance to maintain their privilege of operating in most US airspace, the number of business jets and turboprops that have yet to be modified remains jaw-dropping, at least to some in the industry.

What is the status of Aircraft Technology?

As in commercial passenger aircraft, when we look at business jets from a technical perspective, it is possible to identify the main components as structural, avionics, system, cabin and engine. When we go one level down, the system category consists of sub-components like propulsion systems, electrical systems, hydraulic systems, pneumatic systems, environmental control systems, emergency systems and landing systems. With the knowledge that the OEM segment is the biggest candidate in terms of taking the most active role in the business jet market in the future, the system category is expected to create the most added value in this area. Since these systems are the backbone of all operational performance of an aircraft, they are expected to considerably increase the cost of the aircraft and hence hold the largest market share.

Business jets are mainly used by business people and companies to travel between cities and countries in order to save time. On the other hand, urban transportation has become really complicated in many metropolises and significantly increased travel times.

Considering that traditional business jets land and take off from airports, it is an indisputable fact that they will not be a remedy for urban transportation. It is for sure that VTOL aircraft with vertical take-off and landing capability in urban metropolises will be an integral part of our lives. The eVTOLs, electric versions of these aircraft, will be the most essential component of urban air mobility as they are cheaper, more environmental friendly and less noisy.

For the commercialization of such concepts, technological advances are still needed for battery capacity issues. In addition, there is also a requirement to eliminate infrastructure problems such as the establishment of landing/take-off points and charging areas; as well as to set the boundaries of the necessary regulatory rules required for operations. With the introduction of eVTOL technology, demand in the business jet market is expected to increase further. A business person who leaves their office and goes up to the roof of the building will arrive at the airport in a very short time to board a business jet, hence they will not waste extra time going to meetings anywhere in the world.

According to the report prepared by Hakan Çağlayan from Körfez Aviation, “There is no standard classification system for aircraft registered in civil aviation in European Union countries. For example, the UK lists its aircraft registrations with the maximum takeoff weight (MTOW) classification, without making any distinction between turboprop and business jet, while Poland splits the Turboprop and Business Jets classification into two as below and above MTOW 5,700 kg.”

Based on the total number of registered aircraft (turboprop, business jet and helicopter) in the European continent, the top five rankings are France, the United Kingdom, Germany, Italy and Spain.

Germany, the United Kingdom, France, Switzerland and Austria are the top 5 countries on the list of 30 European countries according to the number of business jets they own. In this ranking, Turkey ranks 10th with 96 registered business jets.

Without doubt, the only success criterion of general aviation activities is not the high number of aircraft. The measurement, assessment and comparison of this success is made according to many different criteria. Many criteria such as direct or indirect contribution to the national economy, the intensity of traffic, the average age of registered aircraft, the functionality of the regulations and the diversity of destinations are determinant details in the competitive power of the business jet market between countries.

Bombardier’s Global 7500 has completed an 8.225nm (15,230km) nonstop flight, which the manufacturer bills as “the longest city-pair flown by a purpose-built business aircraft”. The Canadian company is also poised to start shipping its Global 5500 and 6500, which are basically older models refreshed with new engines and cockpit technology. Bombardier launched the Learjet 75 Liberty, a light business jet.

Gulfstream has unveiled the world`s largest private jet, the G700. With the tallest, widest, and longest cabin in the industry, the Gulfstream G700 is about to become the ultimate private jet. It`s powered by a pair of all-new Rolls-Royce Pearl 700 engines, which give it a range of 7,500 nautical miles at Mach 0.85 or 6,400 at Mach 0.90. Gulfstream signaled that it will reveal a new aircraft design. The new model follows two other new planes already in service, the G500 and G600.

EmbraerX unveiled a new electric flying vehicle concept. The aircraft concept, with electric vertical take-off and landing capability, is part of the EmbraerX multi-project approach. The company is working on a collaborative effort with Uber to enable and accelerate the urban mobility ecosystem. 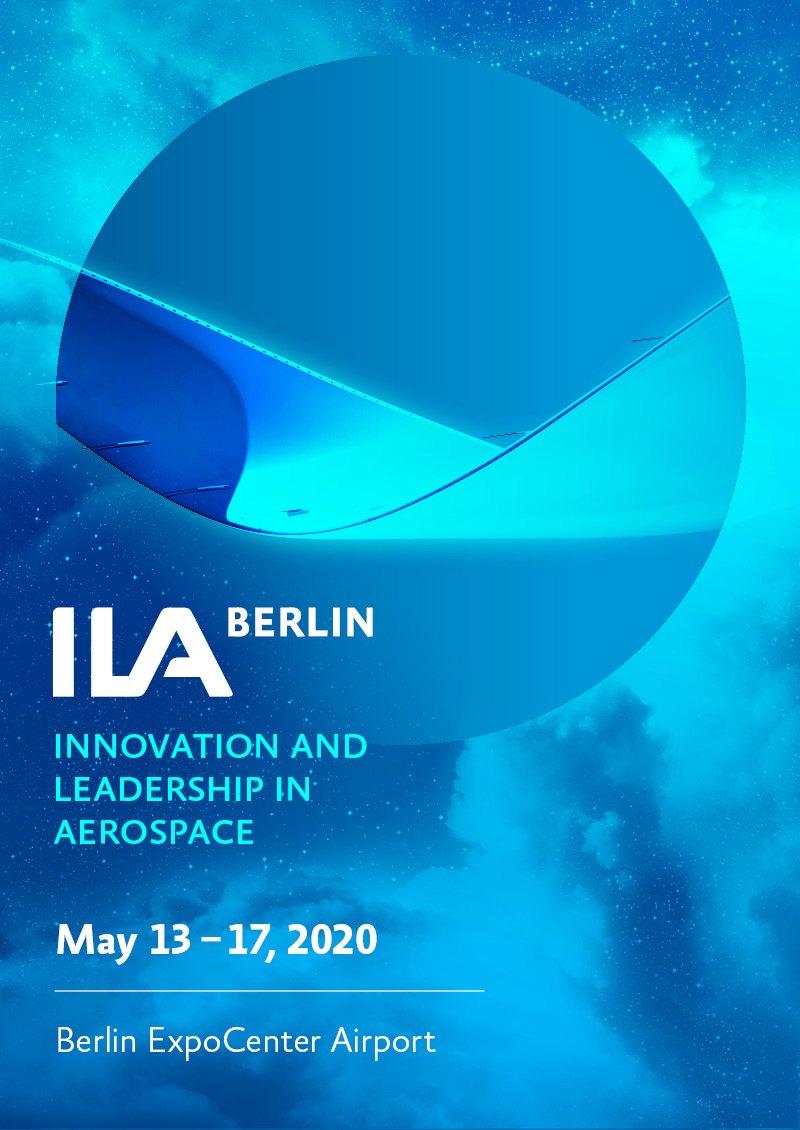 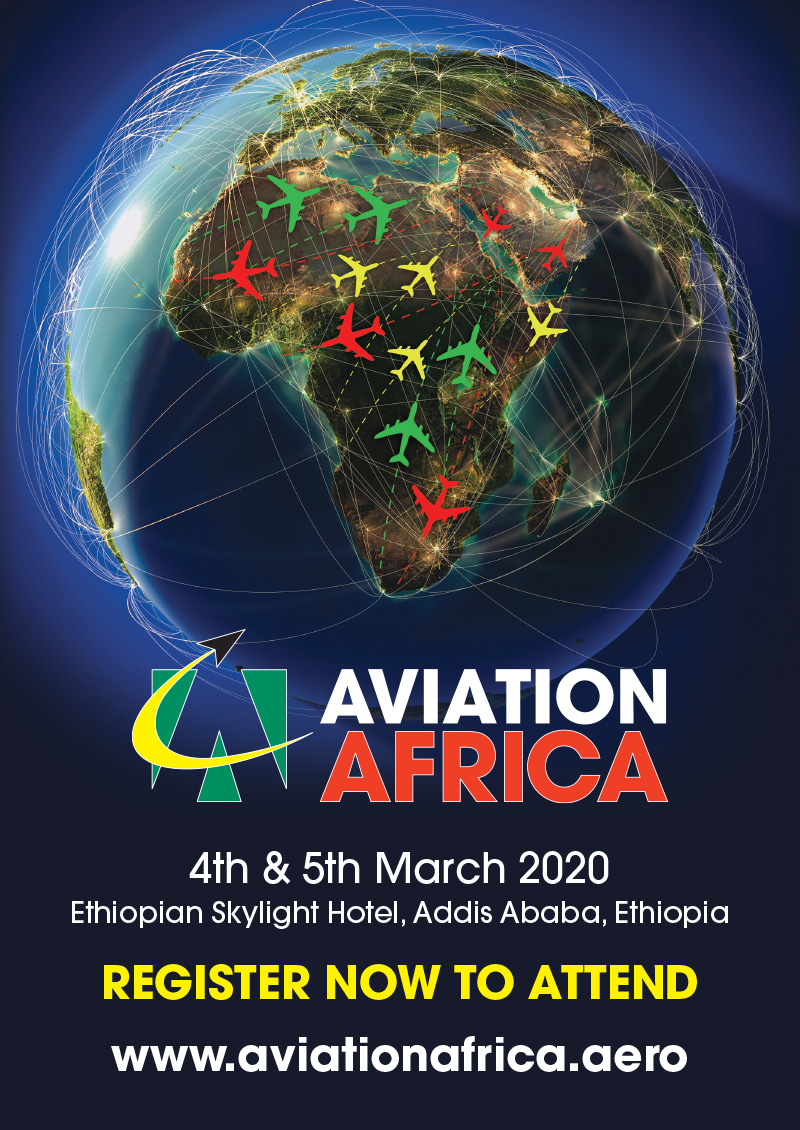 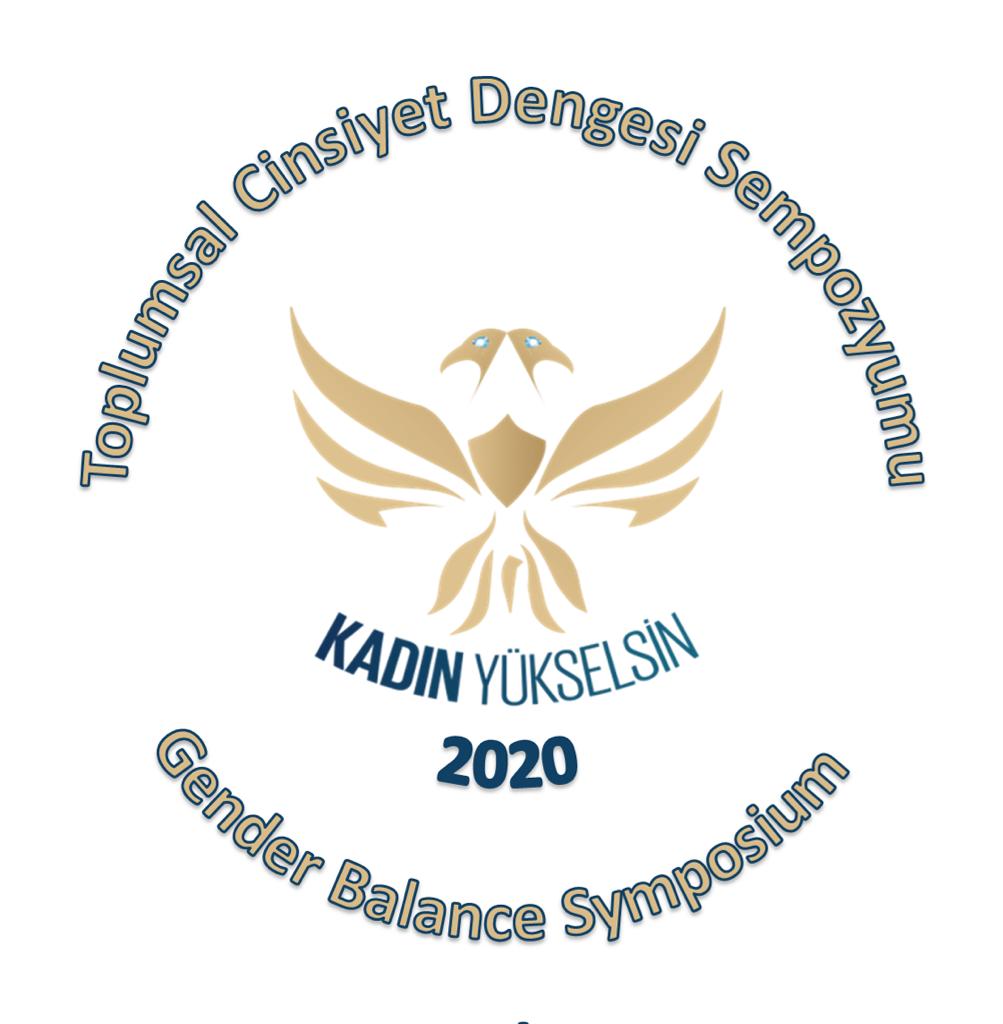 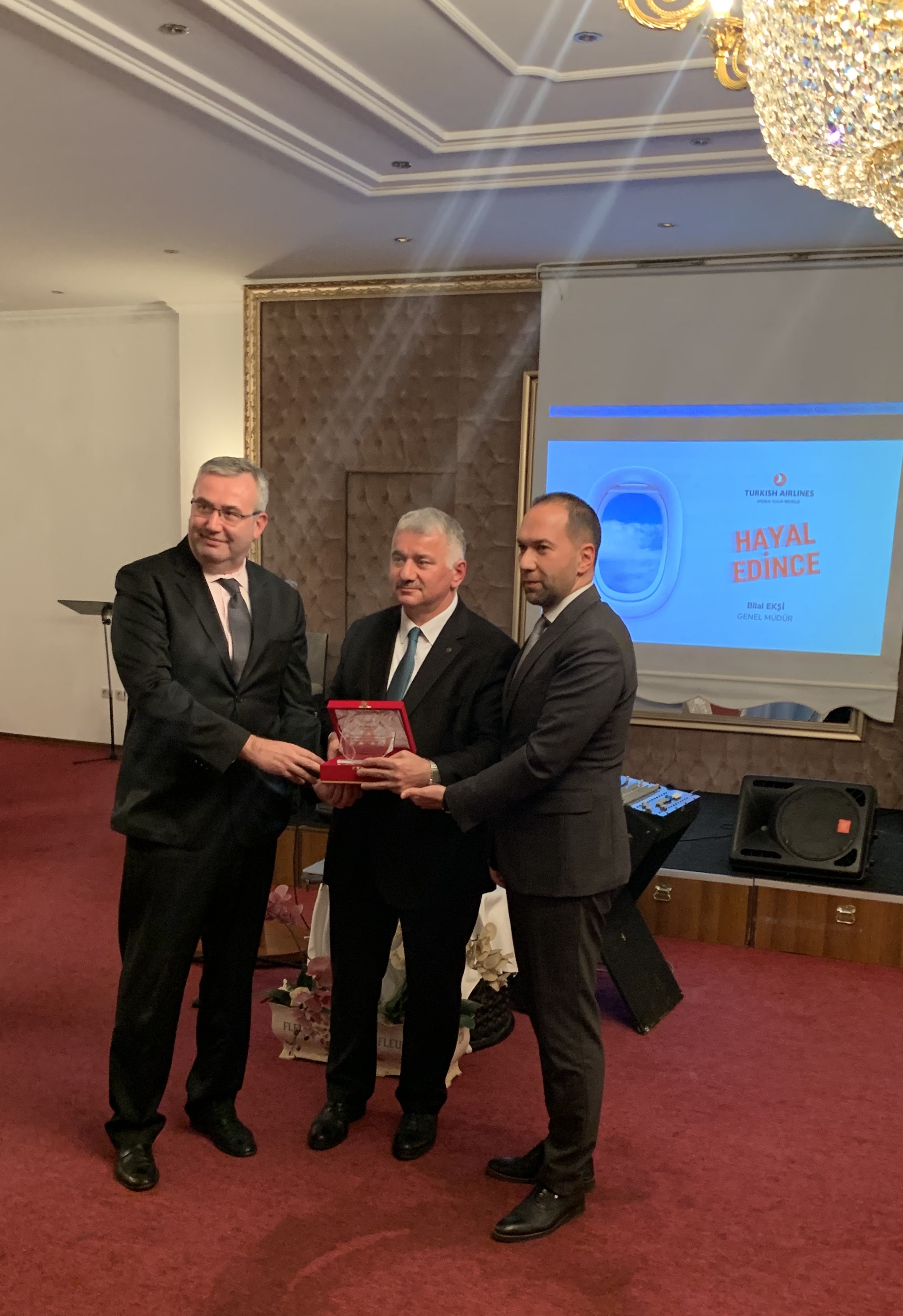 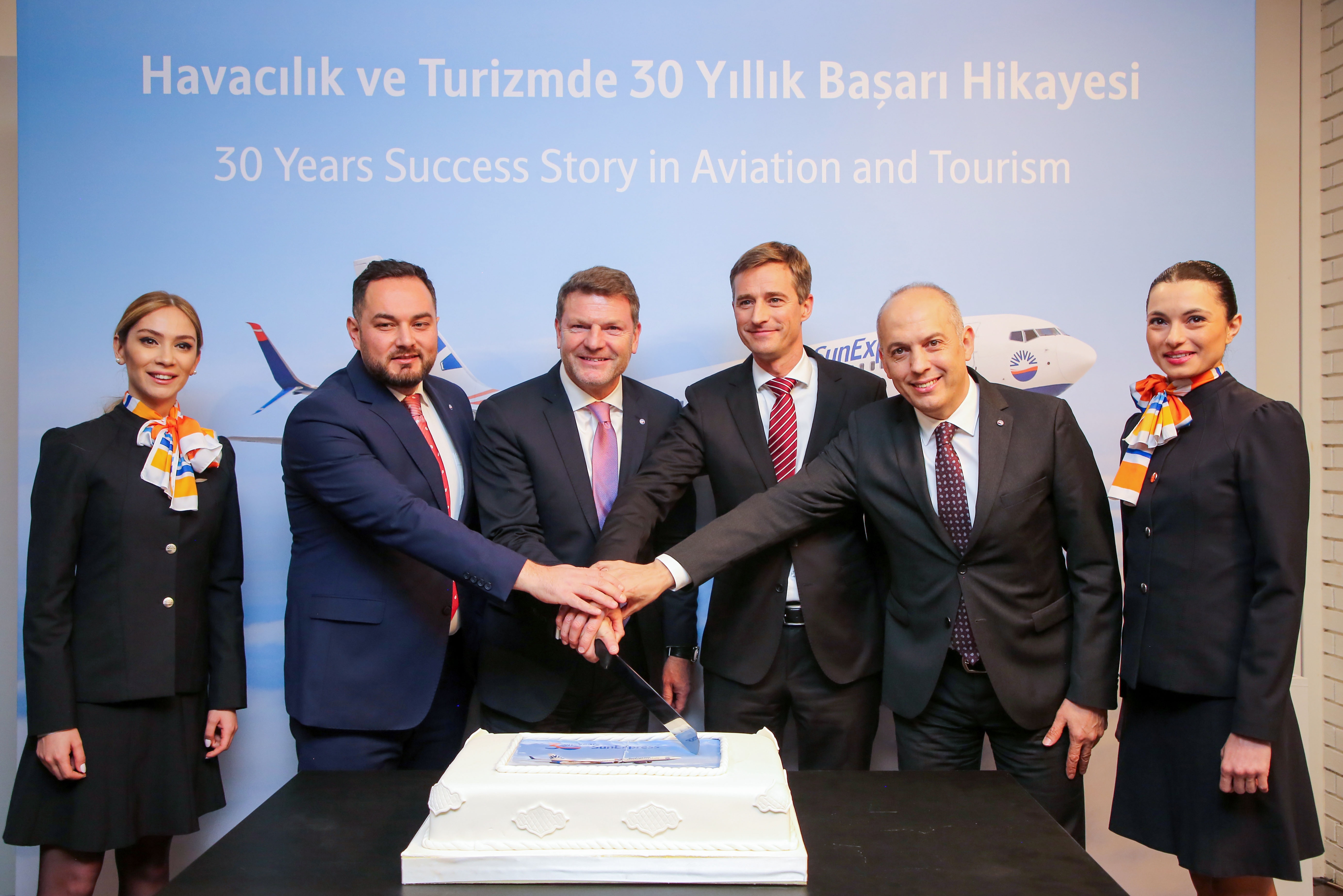 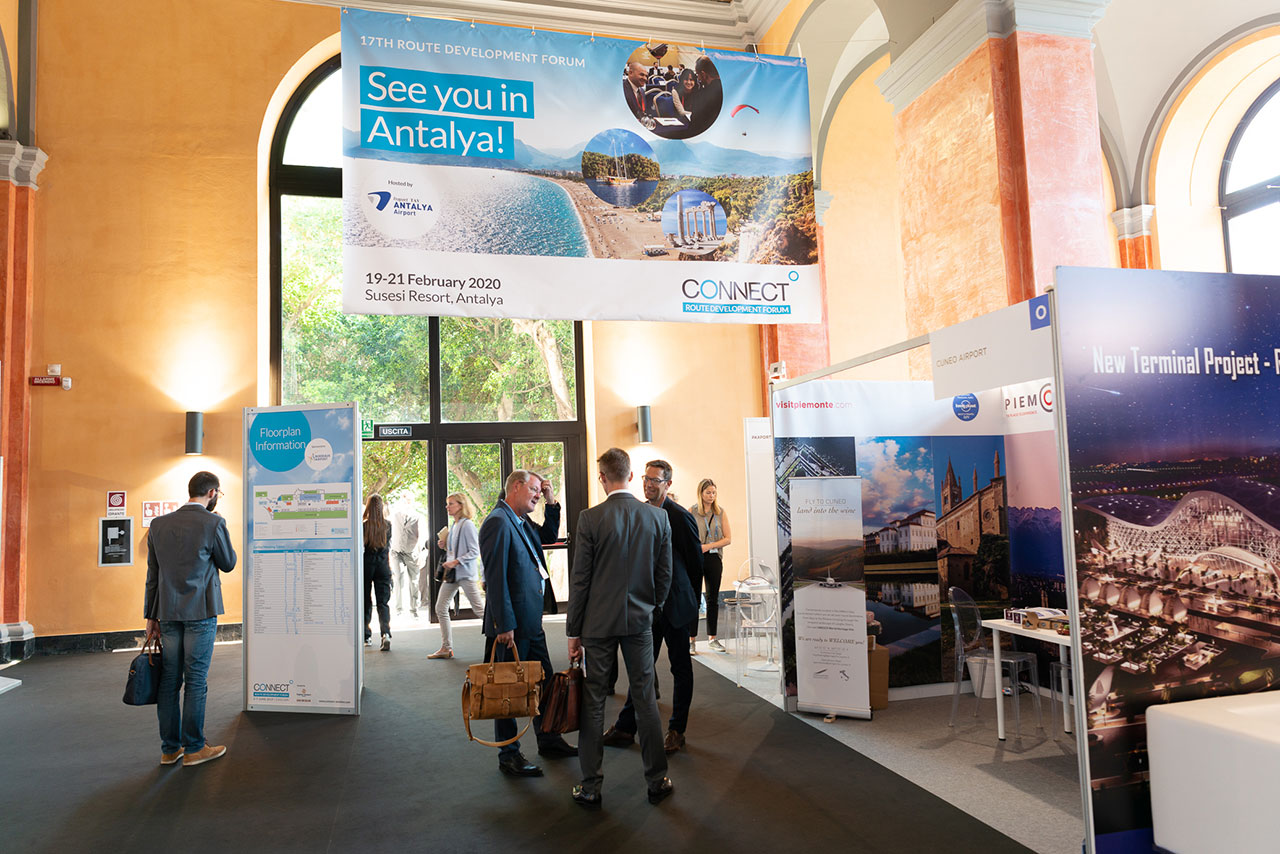